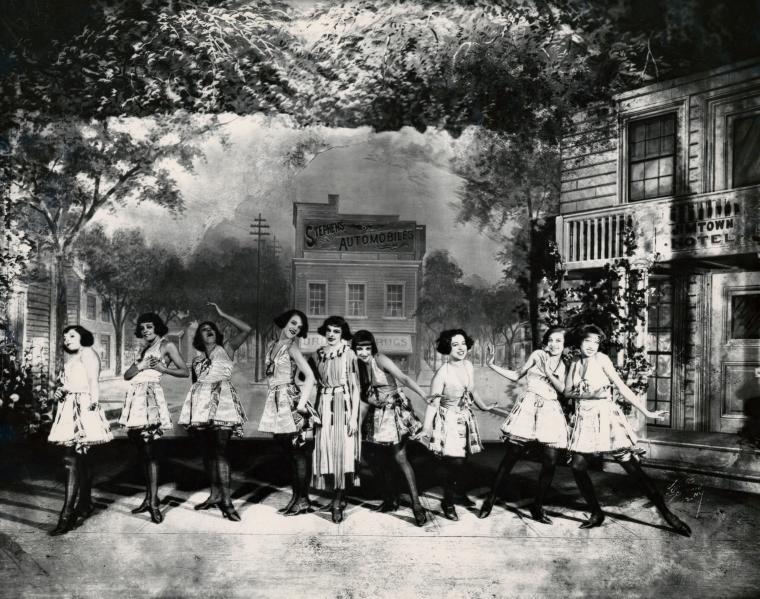 Narrator    Gee’s role as the young ingenue who was in love with the up-and-coming politician Harry Walton, inspired Shuffle Along’s too biggest hit songs: “Love Will Find A Way,” a romantic ballad sung by the two young leads; and the jazzy “I’m Just Wild About Harry.”

Lottie Gee   In those days, if romantic situations were portrayed by Black actors on stage at all, they were presented comically.  Women and men alike were portrayed as sex-starved, and hungry for “lovin’ and kissin’.”  Shuffle Along turned this stereotype upside-down; My character pursued a chaste romance with the show's leading man, which concluded with a proper church wedding.

Narrator     “I’m Just Wild About Harry” was an upbeat song-and-dance number expressing the excitement of young love, as you can hear in this excerpt sung by Noble Sissle and Ruth Williams: <Noble Sissle/Ruth Williams 1950 recording> 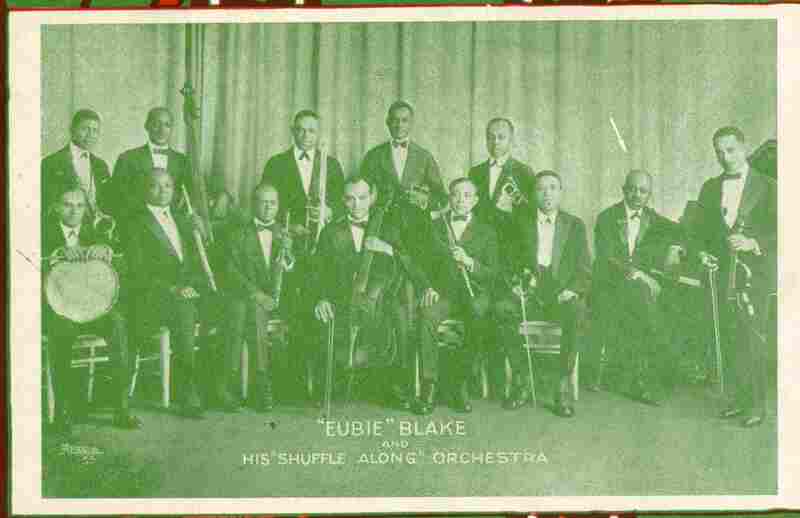 The Shuffle Along Orchestra, conducted by Eubie Blake at the piano, was one of the attractions of the show.

Narrator  The big ballad hit of the evening was the song "Love Will Find A Way."  In writing a song to represent the lead characters' true love, Sissle and Blake created a ballad that avoided cliched lyrics, “blackface dialect,” or other signs of popular black songs of the era.  Instead, “Love Will Find A Way” drew straight from the operetta tradition that dominated Broadway at the time.  But the show’s creators and producers were nervous about including this song in the show. Would white audiences accept two black characters falling in love and singing a serious, non-stereotypical love song, just like white characters?

The idea of blacks being capable of having romantic feelings—as opposed to the “animal” sexuality associated with jazz music—was controversial for white audiences.  It implied an equality of the races that few were ready to accept.  An African-American critic writing for the New York Age commented on this prejudice among white audiences

Newspaper Critic   White audiences … do not want colored people to indulge in too much love-making.  They will applaud if a colored man serenades his girl at the window, but if, while telling of his great love in song he becomes somewhat demonstrative . . . then exceptions are taken.  It may be the general impression prevails that [black people] have no business being ardent lovers.

Narrator   The song itself is in the style of a typical Broadway ballad of the day, as you can hear in this excerpt: <Modern recording of "Love Will Find A Way">

Narrator   Finally, after months of hard work, on Monday, May 23, 1921, Shuffle Along opened.  However, Sissle and the company were still concerned about the depiction of the love affair and especially the love song “Love Will Find a Way.” Sissle recalled:

Noble Sissle   On opening night in New York, this song had us more worried than anything else in the show. We were afraid that when Lottie Gee and Roger Matthews sang it, we’d be run out of town. Miller, Lyles, and I were standing near the exit door with one foot inside the theatre and the other pointed north toward Harlem. We thought Blake stuck out there in front, leading the orchestra—his baldhead would get the brunt of the tomatoes and rotten eggs. Imagine our amazement when the song was not only beautifully received, but encored.

Narrator   While the show’s producers’ fears of a backlash against its love story proved unfounded, it was the more upbeat singing and dancing—flavored with just the right amount of jazz rhythms—that made it a big success.   In this interview from the mid-‘70s, Alberta Hunter recalls how shocking the song was for its day and she and Eubie sing its chorus: <1978 interview and recording>