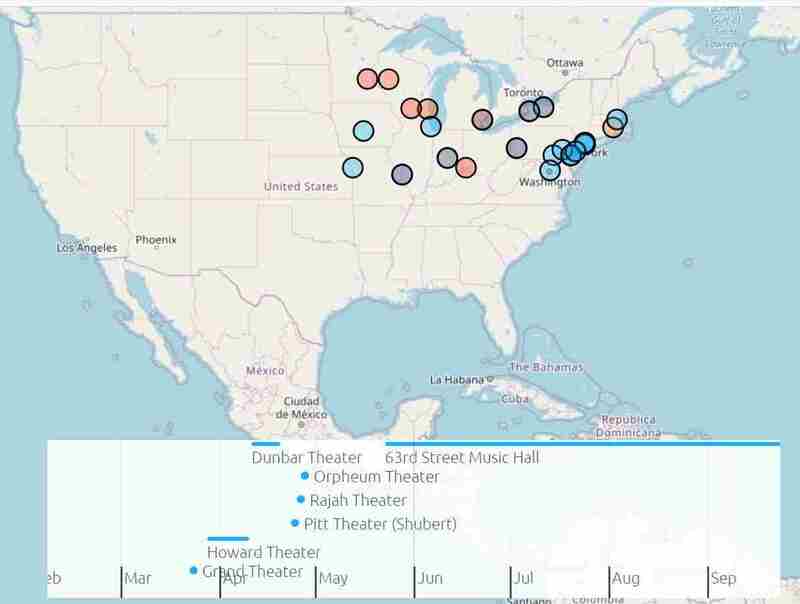 The original A company's tour can be divided into four parts:

2.  The major runs:  On Broadway, in Boston, and in Chicago

On the tour map, the initial dates with the original cast (1-3) are represented by blue dots; the final appearances (4) are represented by red dots.  You can click on a dot to view an image of the theater and representative reviews of each appearance.  For the Broadway and Boston/Chicago runs, there are separate, more detailed pages that give more information on the critical and audience reaction to the show.

← The Story of Shuffle Along
Pre-Broadway →
Interactive Map: The Original (A Company) Tour