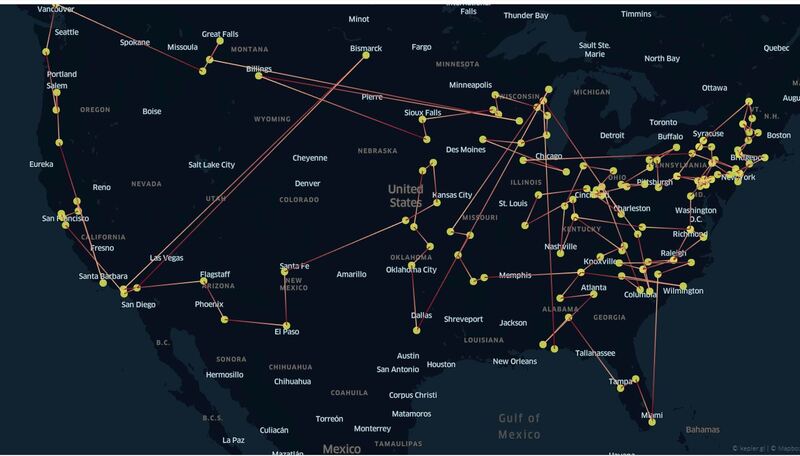 While the main company was still appearing on Broadway, a second company was formed in 1922 to tour smaller theaters across the U.S. The producer was George E. Wintz, who had successfully toured other Broadway shows around the country.

Most of these dates were one nighters and served as "farm teams" for the main production as different actors needed to be replaced.  Wintz's production originally featured John Vaughner and Edgar Connors as the comic leads, but eventually employed Mantan Moreland (who would Flournoy Miller's new partner after the death of Aubrey Lyles) and Lew Peyton (who later cowrote and starred in Sissle and Blake's next show, Chocolate Dandies).  This version hit smaller cities in the Midwest and even ventured into the deep South, including a three-day run in Nashville towards the end of December 1922.  The local producer noted that the show played to “absolute capacity” and that it was the “cleanest and fastest dancing musical comedy” ever to appear there.

When the Wintz company hit Birmingham, the local critic was astounded by the lack of “negro humor—typical, traditional and fictional, as the South knows it” when he encountered instead “a smart, light stepping, wise cracking bunch of New York actors who, with clear enunciation and cream-like complexions, upset expectations.  Indeed, the absence of dialect is marked even in … the principal comedians…”  Nonetheless, once the critic realized that “the show is a straight musical comedy…in the hands of trained negro actors” he found it “rattingly good, altogether diverting, and a piece of stage work regular theater goes will enjoy.”

Wintz's company toured through 1924, well after the original Shuffle Along troupe had folded.  Wintz would later serve as the producer for various Shuffle Along revivals with Miller, Sissle, and Blake at the helm.